Last year, Robert and I took a once-in-a-lifetime Mediterranean cruise. It has taken a year to sort through the pictures and get my act together to post pictures and reflections. I have to start with pictures that have the longest history. So, the back story. In 2009, when I started this blog, I joined an international group of food bloggers called BloggerAid. Our biggest project was publishing a cookbook the proceeds from which were donated to the UN Childrens' food program. In the course of that project, I met a few women with whom I continue an internet relationship. So, when I realized our cruise was stopping at Nafpion, Greece, and Ivy Liacopolou of www.kopiaste.org lived near there, nothing would do but that we cook together. Ivy and her husband, Dimitri, picked us up at the pier. 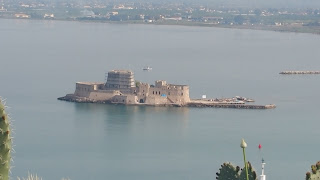 The island of Bourji is a favorite tourist destination, but we had to forgo tourism in favor of food. 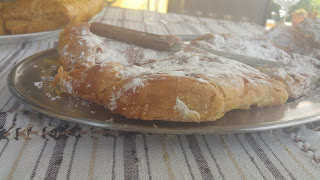 After a bit of a morning snack of delightful pastries, we got busy with the cooking. I love to work with phyllo dough, but I've never made the dough because I thought it would be very difficult. Little did I know that it is as easy to make as pasta and far more versatile. 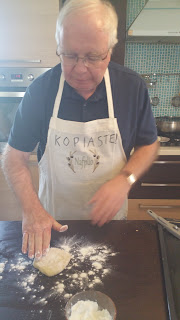 My husband is a very precise cook, but he rarely tries anything beyond pancakes and BBQ. Here, he is preparing a lump of dough for rolling. 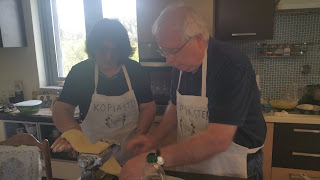 He took a turn at running the dough through the same machine we use when we make pasta. 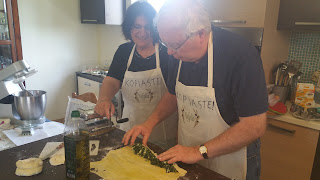 Then Ivy guided him through the process of putting two strips together to make a sheet of dough. Then they put a strip of a spinach mixture on one end, rolled and twisted to get this: 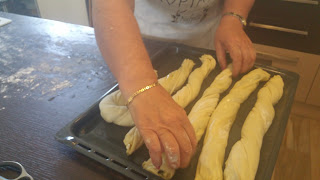 After baking, but before cutting into servings: 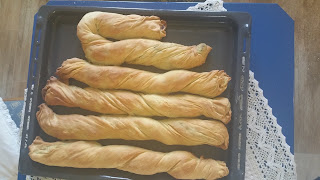 I took a spin at the dough for spanikopita. 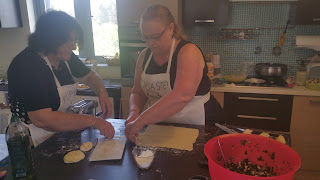 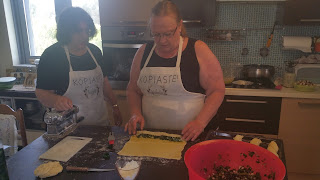 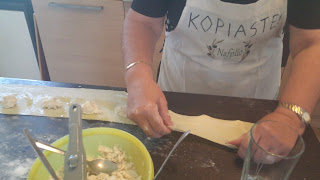 From the same dough, we made: 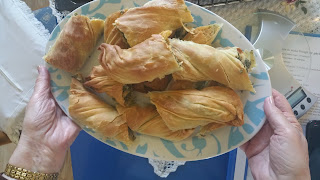 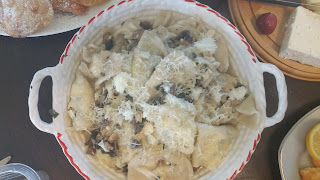 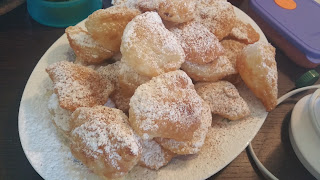 and lucious fried pockets of cheese.

We added some cheese, 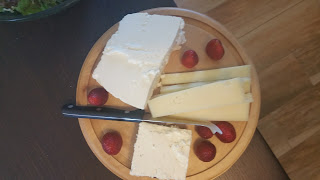 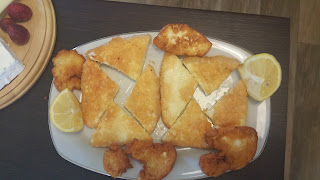 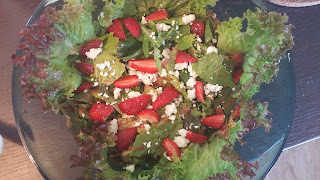 and had a feast. 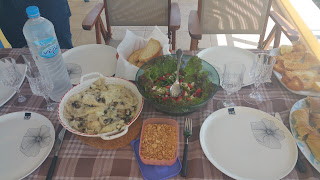 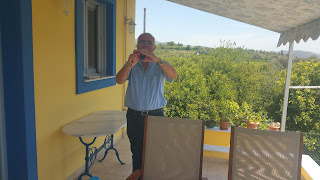 New friends, great food and all in a field of fragrant orange blossoms.